ISTANBUL | 08-12-203 | 28 dismissed workers at Punto Deri, members of IndustriALL Global Union’s Turkish affiliate Deri-Is, have been picketing for more than three months for their fundamental rights.

Deri-Is started its organizing campaign earlier this year since Punto workers were seeking to improve their working conditions since they faced with long working hours, low premiums, inability to fully use official holidays and non-payment of overtime works.

Three months ago majority of Punto workers joined Deri-Is, but the answer from the management was to dismiss pioneering union members even though they merely exercised their fundamental right to join a union which is guaranteed by the Constitution of the country as well as international conventions ratified by the Turkish Government.

In the meantime Deri-Is offered Punto Deri management dialogue for a peaceful contractual relationship at the workplace, but the management repeatedly refused. In addition to earlier 28 dismissals, twenty-two workers have received notices that their employment contracts will be terminated at the end of this year.

Over the initiative taken by IndustriALL Global Union, serious audits were conducted by one of your major clients of Punto Deri, and serious violitions against fundamental rights have been identified at the workplace. That brand has stopped its commercial relations with Punto Deri until the situation is restored.

IndustriALL Global Union has sent a letter to Punto Deri urging the management to immediately reinstate the dismissed workers without any delay, and enter into constructive dialogue with Deri-Is as legitimate representative of the workers for rectifying the situation. Along with this, IndustriALL Global Union has visited picketing workers on the spot earlier this month.

“IndustriALL Global Union will continue to support its affiliate Deri-Is with its all resources together with all member organizations throughout the world until this problem is resolved peacefully“ said General Secretary Jyrki Raina in his letter to Punto Deri. “You should be aware that if the situation continues as today, we will use our influence over your customers where our global union has very strong presence“. 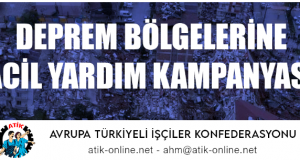 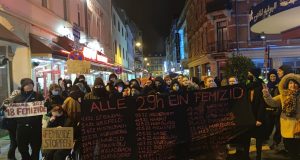 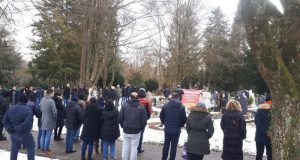